The Four Hills Tournament in Germany and Austria is one of the most important ski jumping competitions. The German oil and additive specialist LIQUI MOLY is involved again for the first time since 2009/2010. “As the official main sponsor we are securing ourselves a strong media presence,” says Peter Baumann Marketing Director at LIQUI MOLY. 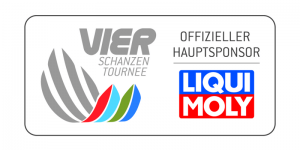 The LIQUI MOLY logo will not only be clearly visible on the hoardings, but also in the warm-up area, at the start and on the wall of the media area. Furthermore, the brand will also be appearing in the run-up to the event as part of the communication from the organizer. “This gives us a great brand visibility – not only in Germany, but all over the world,” says Salvatore Coniglio, Export Director at LIQUI MOLY. LIQUI MOLY will be the main sponsor of the highly traditional Four Hills Tournament this season and next and is therefore investing several million euros.

The Four Hills Tournament is not the only major event with LIQUI MOLY. The brand is also visible at the Nordic World Ski Championships in Austria and at the Ice Hockey World Championships in Slovakia. LIQUI MOLY is also represented at many other competitions. When choosing the competitions, the company made sure that the overall package works worldwide. That’s why sports such as short track are also included, which is not so popular in Germany, but has many fans in Asia.

For an oil manufacturer, motorsports is the natural area of sponsorship. But LIQUI MOLY has also been active in winter sports for several years. This keeps the brand visible even after the motorsports season is over. “This is an excellent addition to our large motorsports commitment such as MotoGP,” says LIQUI MOLY CEO Günter Hiermaier. The LIQUI MOLY business partners benefit twice here: From the increased demand by the year-round, international brand presence as well as from invitations to the winter sports events. Günter Hiermaier: “Winter sports have developed into an important factor in our marketing.”

With around 4,000 items, LIQUI MOLY offers a global, uniquely broad range of automotive chemicals: Motor oils and additives, greases and pastes, sprays and car care, glues and sealants. Founded in 1957, LIQUI MOLY develops and produces exclusively in Germany. There it is the undisputed market leader for additives and is repeatedly voted the best oil brand. The company sells its products in more than 120 countries and generated € 532 million in sales in 2017.

For the latest news and information on the global automotive aftermarket industry, visit https://aftermarketintel.com.

Increase Your Auto Parts Business In Latin America With The Latin...

Autopromotec 2019, 28th Edition Off And Running With Important New Developments

Delphi Earns Company Of The Year Recognition From Frost & Sullivan

LP New Media LLC User License and Terms of Use

ABOUT US
AftermarketIntel.com covers the global automotive aftermarket, technology and auto parts industry. Mark Phillips, Editor. For news tips, show coverage requests or to request a media kit, see email below.
Contact us: mark@lpnewmedia.com
FOLLOW US
© Copyright 2020 LP NewMedia LLC
This website uses cookies to improve your experience. We'll assume you're ok with this, but you can opt-out if you wish.I agree Read More
Privacy & Cookies Policy

This website uses cookies to improve your experience while you navigate through the website. Out of these, the cookies that are categorized as necessary are stored on your browser as they are essential for the working of basic functionalities of the website. We also use third-party cookies that help us analyze and understand how you use this website. These cookies will be stored in your browser only with your consent. You also have the option to opt-out of these cookies. But opting out of some of these cookies may affect your browsing experience.
Necessary Always Enabled
Necessary cookies are absolutely essential for the website to function properly. This category only includes cookies that ensures basic functionalities and security features of the website. These cookies do not store any personal information.
Non-necessary
Any cookies that may not be particularly necessary for the website to function and is used specifically to collect user personal data via analytics, ads, other embedded contents are termed as non-necessary cookies. It is mandatory to procure user consent prior to running these cookies on your website.
SAVE & ACCEPT
error: Our apologies. This content is protected.
MORE STORIES